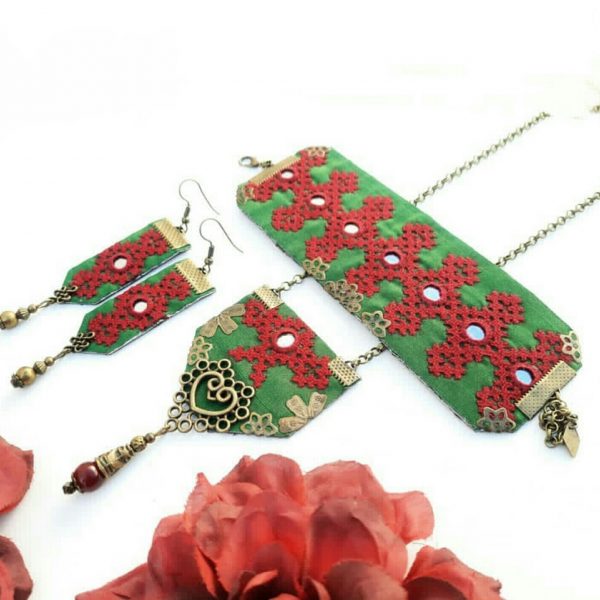 Balochi needlework set C2(The best-selling handicrafts in 2020) €70.00
Back to products
Next product 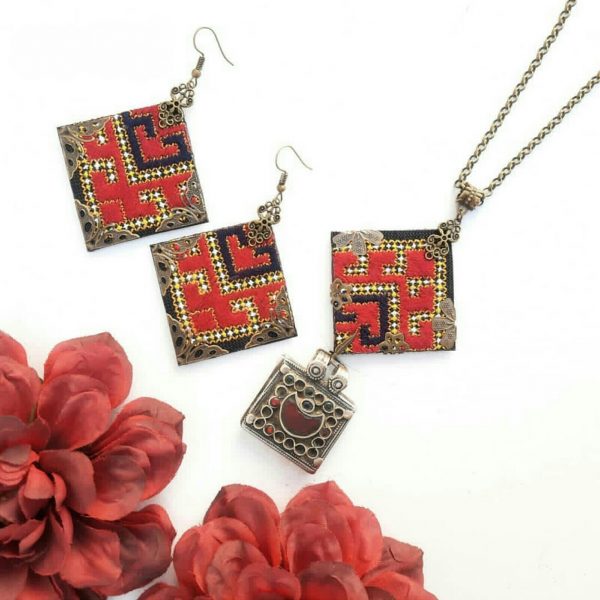 Important: It takes 20 to 35 working days to send this product

Made by Baluchi women of Iran.

needlework collection made by Iranian female artists. needlework is the original Iranian art and the best-selling handicrafts in 2020

Needlework is one of the Iranian handicrafts and arts that is done with thread and needle on fabric and other fabrics. This art is mostly performed in Iran in Sistan and Baluchestan province (Baluchis) and some other regions of Iran such as Isfahan (Armenians), Bakhtiari, northern (Turkmen), Khorasan and Yazd (Zoroastrians of Yazd). Needlework in these areas differs in design, color and type of sewing. In Iran, the cradle of needlework is Sistan and Baluchestan, which is done by Baluch women. Iranshahr city, located in Baluchistan, was registered as a national city of needlework in 1397. [1] Baluchi needlework or Baluchi embroidery is a special type of needlework done by Baluch women. From the nature in which they live. [2] Many of the beautiful embroidery designs of Balochistan by the Iranians and Qasemabad Bampour on the clothes of Farah Diba in the second Pahlavi period were done by the women of this region. At the same time, Baluchi needlework received the seal of authenticity from UNESCO.

Eight thousand years ago, people who lived in the Belt Cave near the city of Behshahr, on the southern shore of the Caspian Sea, cultivated grain and raised goats and sheep. They plucked the fleece and apparently wove the cloth, and also did the sewing with the horned needles they left behind. [5]

In Homa, in present-day Turkey, the art of weaving became popular, and the excavations carried out in that area have fully clarified how it evolved. In those excavations, fragments of several hand-woven pieces were found, which were left in the form of charcoal fossils, and various specimens, most likely woven from linen but more like woolen cloths, as well as embroidered pieces, such as the molds still in use today. Is woven. [5]

A little later, evidence of weaving in modern Iran has been found on the Silk Hill near Kashan, which is related to two or three centuries ago. In addition, many evidences, including countless spindles or numerous spinning anchors, have been found in excavations throughout Iran, which confirm the prevalence of weaving and needlework in Iran at different times. [5]

Traditional Iranian needlework is one of the ancient methods of decorating clothes and many textiles that have been used in human life. Apart from the decorative aspect and the identity card that includes the climate and the society that created it, the garments sometimes appeared on the clothes due to their religious beliefs. Before Islam, in addition to the decorative aspect, its magical aspect was also considered. [5]

After the advent of Islam in Iran, the traditional Iranian rudozas continue to live their influential life, and although there is a dramatic change in Iranian maps, they do not lose their Iranian characteristics. The religious beliefs of the artists in some places and the avoidance of imitation and replication bring a new style of ancient motifs, and this attitude is manifested in completely different ways in different regions. Sewing Quranic words in Kufic script to protect against the evil of the devil and bad events is one of the obvious influences in this ancient art. [5]

The use of needlework in Iranian court clothes

Farah Pahlavi was interested in the art of needlework. At his request, some court clothes were sewn and embroidered in the Iranian region of Balochistan in the 1950s. [6]

Needlework is the best-selling handicraft in Iran and also
Most of Iran’s handicraft exports have been Baluchi needlework.
Iran ranks third in the world in terms of diversity of handicrafts.

There are no reviews yet. 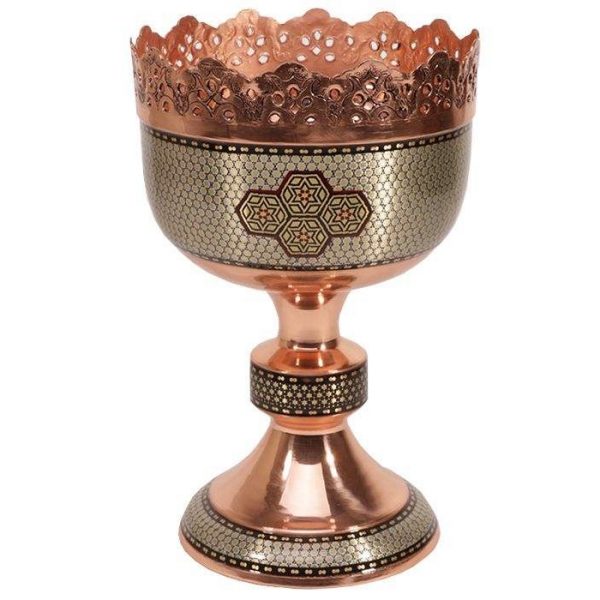 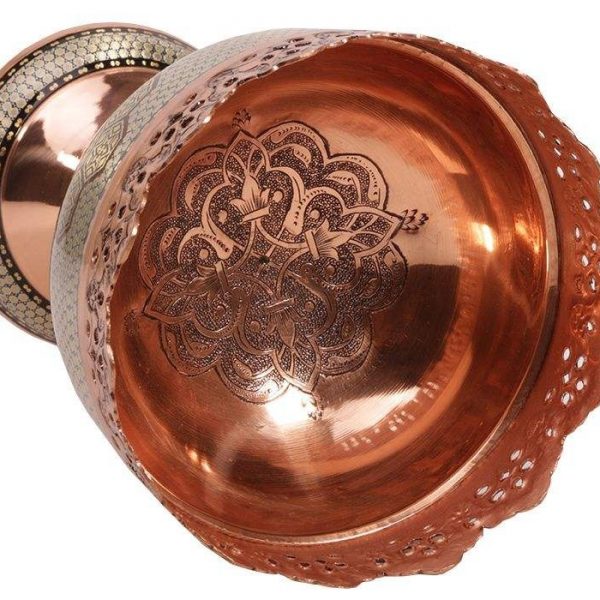 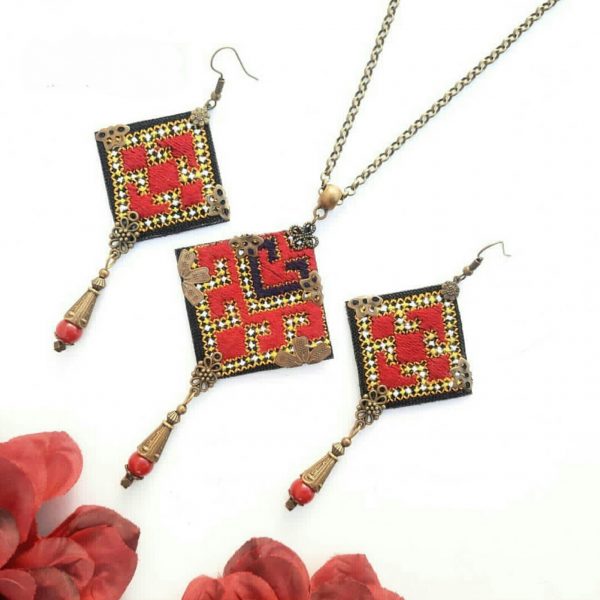 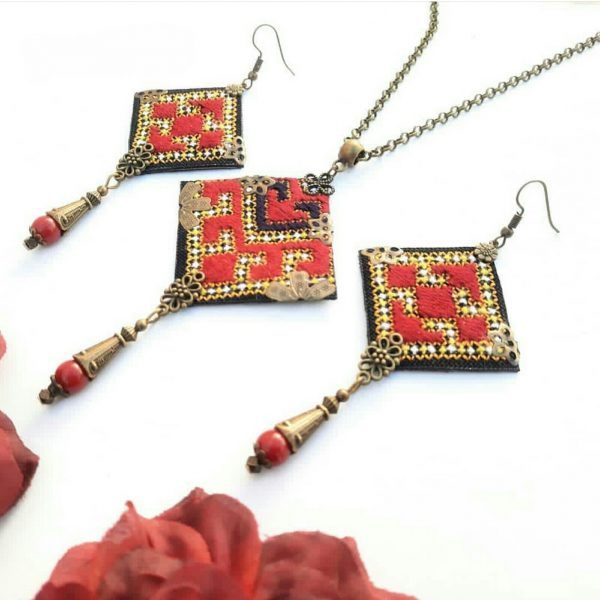 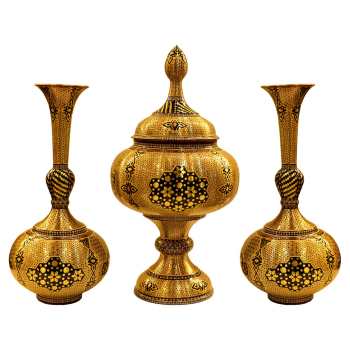 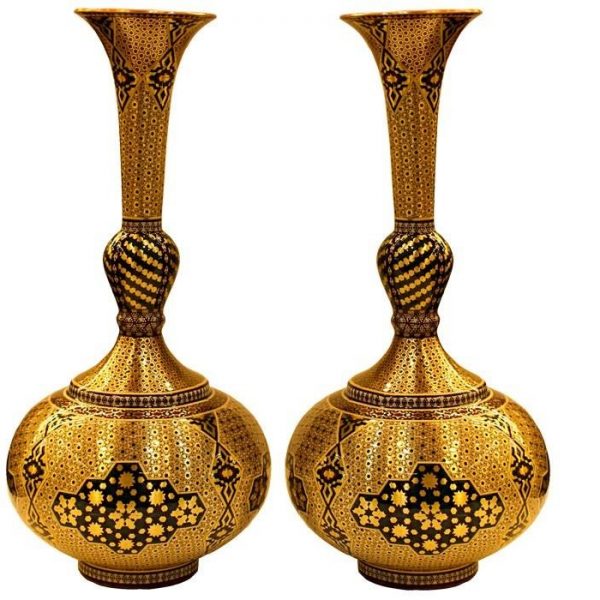 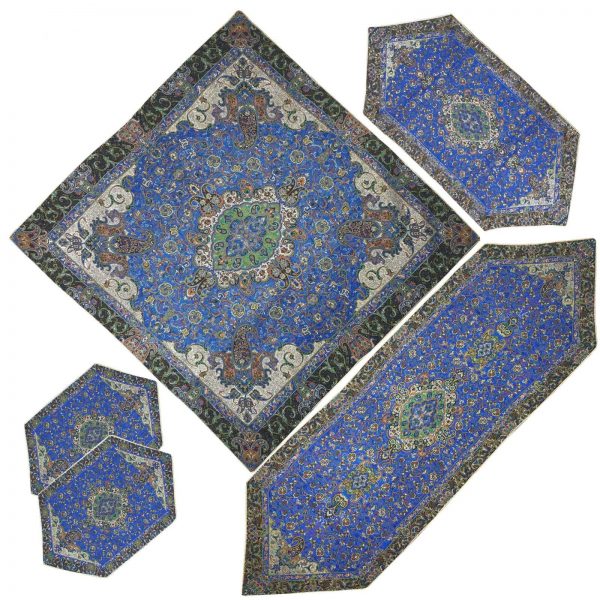 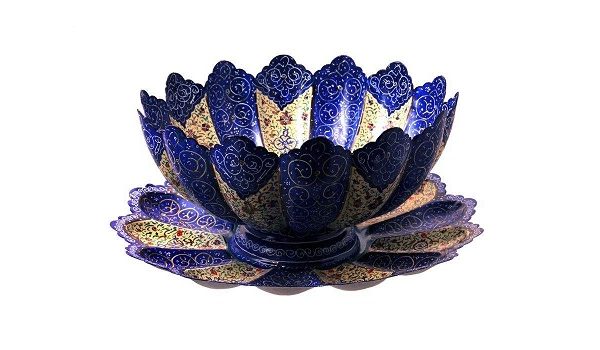 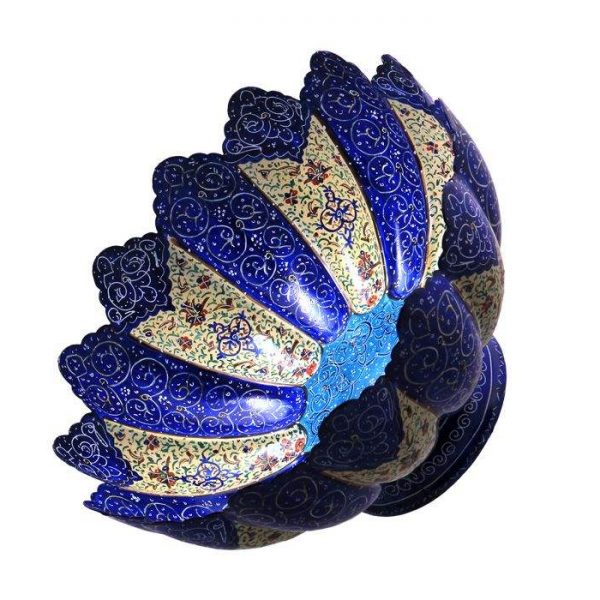 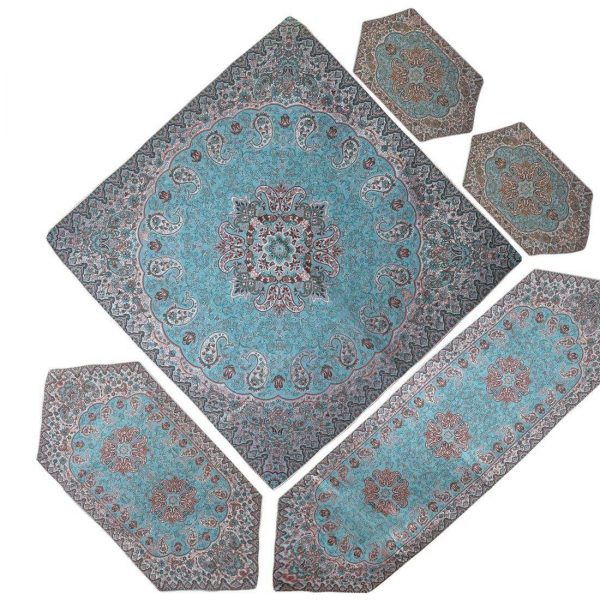 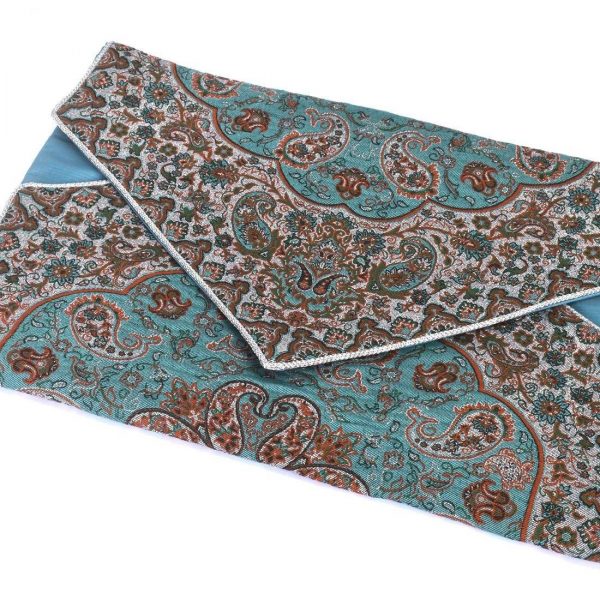 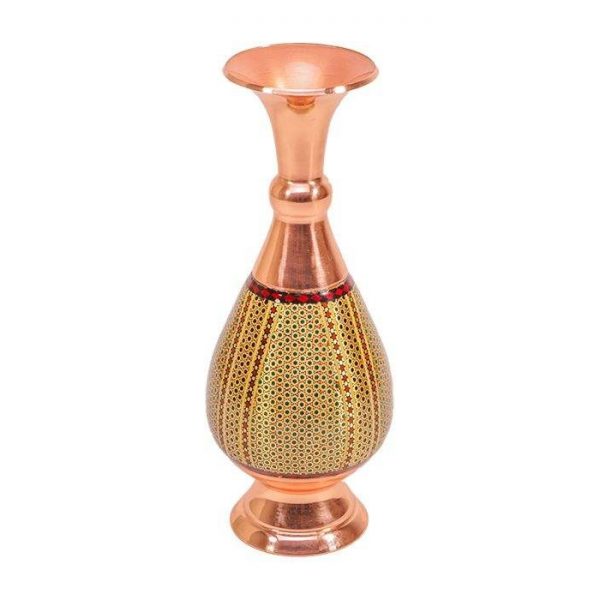 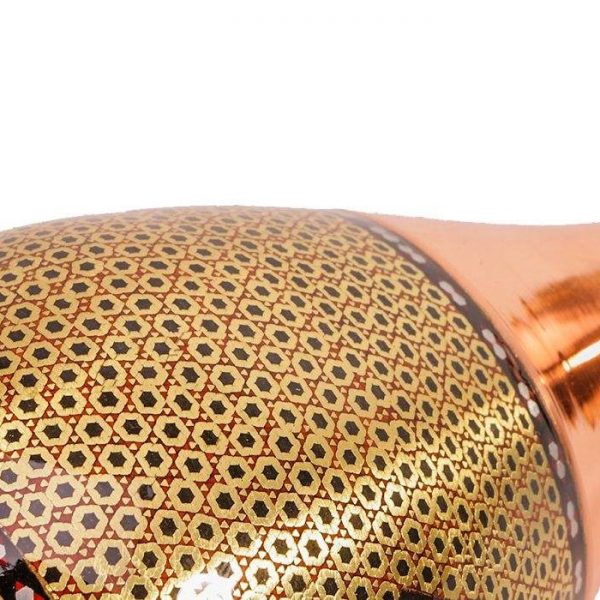 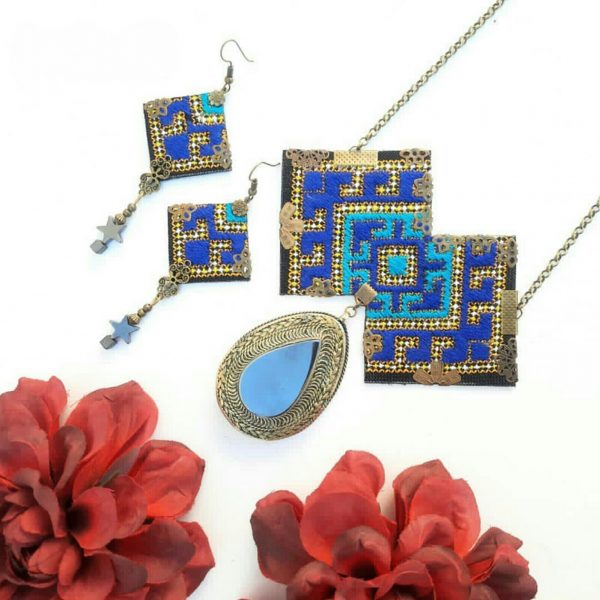 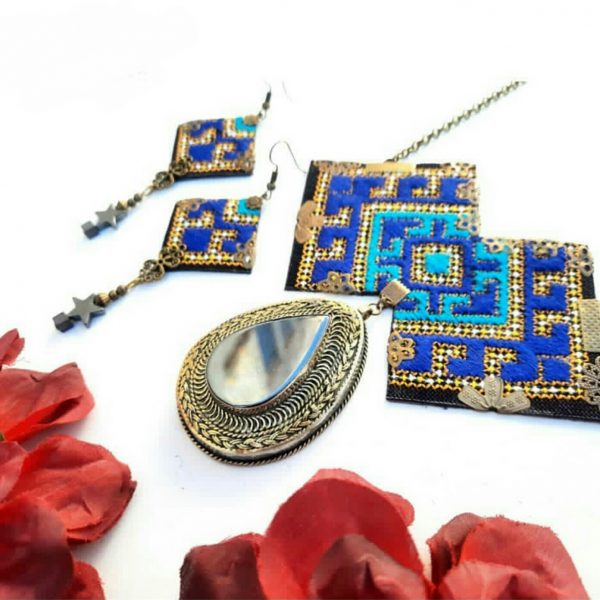